Norwegian strawberries Strawberry season is a short, but high point in summer. I‚ve never been a huge fan of strawberries but the Norwegian variety is to die for! Try them and see what I mean ‚ sweet and slightly tart ‚ they are a variety you will fall in love with. 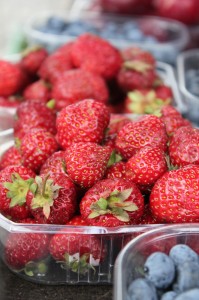 Smalahove Looks a lot scarier than it tastes. I suppose food which looks back at you while you eat it has a tendency to do that, right? However, eating smalahove definitely makes for a good photo opportunity to take home with you. I hear the cheek cavity contains the best meat.

Lutefisk Beloved and feared, lutefisk is a Christmas dish many in Norway enjoy. Try it and judge for yourself.

Meatballs Norwegian ‚meatcakes‚ are cousins to the Swedish variety, but better.

Lefse Norwegian flatbreads, similar to Mexican tortillas. Usually served with butter and sugar, sometimes cinnamon too. Occasionally made with potato.

Smoked salmon The best in the world, hands down. Stavanger has a smoke house which still does smoking the old way. 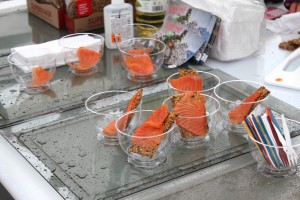 Hot Dogs and Sausages Norwegians love hot dogs. Stavanger‚s A. Ids¸e butchery is the oldest butcher in Norway and sells the best hotdogs and sausages I‚ve ever had. They are 90-95% meat plus many are gluten free. If you ever make it to Stavanger, pop in for hot dogs (called p¸lse in Norwegian), dried and cured meats plus excellent Norwegian cold cuts (generally called plegg).

Pickled Fish Herring and other types of fish are pickled in Norway and eaten year round but especially during the Christmas season.

Leverpostei Liver pate is normally served on brown bread then topped with sliced red onions or sweet pickles. Protein rich and very tasty if you like pate.

Tromsø, a city in northern Norway, is a major cultural hub above the Arctic Circle. Is…